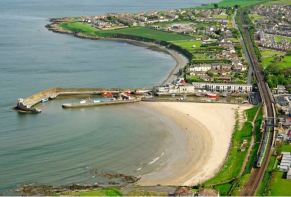 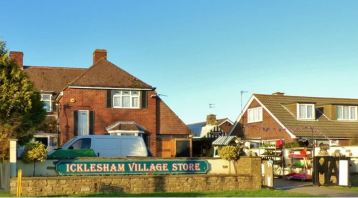 Patrick McDonnell was born in about 1813 in the County of Dublin. His death certificate states that his father, John, was a storekeeper and that his mother’s name was Margaret.

In May 1832 he was sentenced to transportation for the crime of burglary. Patrick, along with 6 other people broke into the Balbriggan home of the Reverend Thomas Acton, curate of the Church of Dunganstown. Dunganstown is now a small village about 11 kilometres from Balbriggan to the north of Dublin city. It is possible therefore that Patrick was also a resident of the market town of Balbriggan. 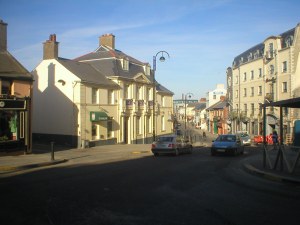 Transportation in the 1800’s was a win for England, a win for the prisoner and a win for the destination country. It was used as an alternative to the death penalty and was applied to capital offences, which were not just injuries to humans but also robbery of property and chattels.

English parliamentary rule of Ireland resulted in significant discrimination towards Catholics who, by law, could not sit in Parliament, serve in professions, hold military commissions or buy land. Secret societies such as the Whiteboys, Ribbonmen and Rockites, mainly centred around Clare and Limerick, were established to disrupt the Protestant Ascendency through theft, violence, vandalism and livestock maiming. Patrick and his co-offenders stole tea, apparel and a silver sugar bowl for the Reverend Acton. a curate of the United Church of England and Ireland, and so it is likely that their victim may have been significant in terms of the ideals of the Catholic Emancipation organisation.

After his trial in Dublin Patrick was transferred to Kilmainham Gaol and on August 2, 1832, he was transferred onto the prison hulk “Essex” moored in Kingstown Harbour at the mouth of the Liffey River. Unlike inmates on English hulks, prisoners on the “Essex” were locked away, diseased, healthy, young and old altogether.

Fortunately, Patrick was transferred to the “Roslin

Castle” on September 11th having only spent 40 days on the “Essex”. Cholera was rife in Dublin and there were suspected cases of the disease on the “Essex” however the surgeon of the convict transport was able to isolate potential carriers and the voyage of 120 days to Sydney proceeded with only one death on board.

When Patrick arrived in Australia he was assigned as a gardener’s boy to Mrs Elizabeth Speed of Sydney, the wife of Joseph Brignall the master of the cutter “Jolly Rambler”.

The “Jolly Rambler” was a merchant sloop built at Broadstairs, England in 1813. She made a number of voyages between Swan River, Launceston, Port Jackson, Java and New Zealand with cargo and undertook one voyage transporting one convict to New South Wales.

Under the command of Joseph Brignall, she sailed via Cape of Good Hope and arrived at the Swan River Colony on 21 December 1832. She arrived at Sydney on 19 May 1833, from Swan Bay with passengers and the convict Benjamin Hinks.

The “Jolly Rambler” plied the Launceston to Sydney route before sailing to Java and returning with goods to Swan Bay on 25 January 1835. Under the command of George Griffin, she ran ashore at Poverty Bay, New Zealand during a gale. She was refloated, repaired and returned to Sydney on 5 April 1836. She struck the Macleay River bar on 11 December 1836 and was a total loss. No lives were lost.

Patrick had several run-ins with the police, a not uncommon event for many convicts. In 1947 he married Anne Maria Sergeant at Emu Flat homestead, near Binalong. 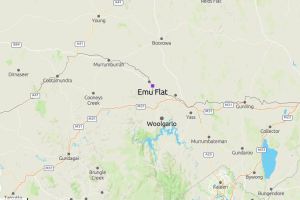 Anne Maria Sergeant was born in 1829 in Icklesham, in the south-eastern county of Sussex. Her parents George Sergeant and Jane Heasman were married in 1824 and she had 2 older brothers George and William. George Sergeant died in 1829 and Jane died in 1831, both in the Poor House. There is no record of the fate of William and George however Anne travelled with her maternal aunt and uncle, Hannah and George Beaney and their young sons, to Australia as assisted immigrants. The “Amelia Thompson” arrived in Sydney on the 1st July 1838. Unfortunately for Anne her aunt and infant cousin died from typhus on the journey, and her uncle appears to have abandoned the 9-year old Anne to her own devices once they landed in Sydney.

Anne appears several times in police reports, arrested, along with the brothel owner, for prostitution. In 1847 Anne married Patrick McDonnell and their only son, Charles William, was born the following year.

Anne died in Parkes in 1893, aged 64 and at this time Charles and his wife Ann were living in Parkes with their growing family. By 1895 when Patrick died in Fifield, near Condobolin, Charles and Ann were living in Condobolin, with their 2 youngest children being born while they lived there. Fifield was the site of a profitable platinum and zinc mine (shown below) and this may have been why Patrick, and possibly Charles, were drawn to the area, as his youngest daughter Elizabeth Johanna’s wedding certificate sites his occupation as a miner.

At the time of Patrick’s death he and Anne, who had both arrived in Australia virtually alone, had grown a family of one son, nine grandchildren; their young great-grandchildren are numbered in excess of 40. One can only imagine how they would have felt if they had known how large their family would become.

Maps, Photos, Certificates, and Other Information are available from: